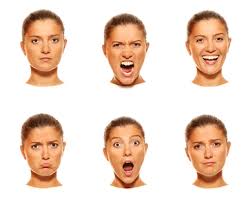 Just like electromagnetic, spiritual, gravitational, or any other forces existing on the earth crust, amakvitaa researchers have discovered another though popular but uncommon force called the emotional force. The term “emotional force” might sound stupid or ordinary in unwise ears but it controls about

65% of man’s reasoning and decision when it beholds him.
Emotional forces are hard to explain, as if they do not exist, it cannot be easily put into word or writing but it is real, it cannot be seen just like gravitational force, but we can feel it, it can be seen manifesting in living things especially man, man’s emotion is the darkest part of him that cannot be toyed with.
Emotional force is not the same with feeling, love, lust, desire, or any other attributes rather all this act mentioned occur as a result of emotional force.
Emotional force cannot be perfectly explained but naijafeeded will try to put it in few words “ it is an invisible physico-mental touch acting on the behavior of man, it can control large percent of man’s reasoning and decision when it besiege him, it can pierce through the hardest heart and brake through a stone cold mind leaving it empty.

Amakvitaa’s first theory of emotional force states that “emotional forces are invisible and inactive themselves (virus like) ,but they can be seen manifesting on the behavior of those they fall upon and can control the largest part of man’s will.”
This first theory explains that emotional force is more of word ,you cant say ‘that’s emotion force bring it to me’ but when it develop I a man it has the ability to control man’s will and few if not none have ever control the forces of their emotion.

1. a man cannot see his emotion taking hold of him, he cant tell it when and where to come.
2. When a person is provoked emotionally it controls his decision and reasoning, regardless of its consequences.
3. When the emotion of man cools, sometimes he regrets his previous action.
4. every normal man knows he have an emotional force in him which he can not deny the fact that he can hardly control it.

The amakvitaa’s second theory of emotional force states that “emotional force are transformed from one form into other forms, attribute, or moods of behavior before they finally cools or becomes inactive, it might transform into anger, love, lust, disappointment, hatred, etc.
This theory explains why a person becomes angry, disappointed, etc, after being controlled by emotional force.

1. When a man is betrayed by his fiancee, he becomes taken over by an emotional force which acts for some period of time and then is transformed to disappointment or hatred before it finally vanish.
2. When a woman loses her child crudely she becomes controlled by an emotional force which acts for some time and is transformed into anger, hatred, or desire to revenge which is almost nearly to control as applied by amakvitaa’s first theory.
3. A man who finally finds his missing rib (wife) goes through some time controlled by emotional force and is later transformed to love, joy, etc.
4. A young boy after watching a heart touching or love movie is controlled by emotional force which is later transformed to anxiety, lust or desire.
Finally, either we believe it or not, the truth remains that it exist and we have in one way or the other experience its torture before it is transformed.
Perhaps being fully aware of its existence we should sometimes try to bend it if we cannot control it and not let is take 100% advantage of us humans. Thanks
Always remember that you heard it first from amakvitaa.