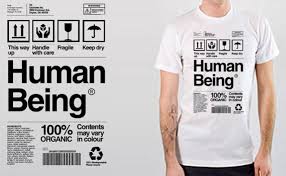 human beings or humain biaings as called by amakvitaa simply means continuous struggle , the phrase "continous stuggle" generally define man in its nature and desire. some people travel far and wild in search of miracles, deliverance, breakthrough and so on, they even do extraordinary things to get it.but come to think of it, are they

wise enough?, well let us say they do not understand fully the meaning of their existence.
as amakvitaa’s dictionary defined it, “human” meaning continuous and “beings” meaning struggle are just the primary attribute of man, and anybody looking for the easy way should know that man shall have no rest until he rest in the lord.
chat with the richest man today, he will certainly tell you that he is always busy with work,talk more of the poor or average class, everybody keeps struggling irrespective of class, maybe economic theories of want is playing its role on humans.
even those who went to spiritualist and prophets for prayers and deliverance still needs something and they will say so when asked, is their anybody in this world who has no problems and needs nothing?, can anybody say his problem is finished for life?.
what some people don’t know is that the more their problems are being solved, the more greater problems and tasks keep coming.
amakvitaa theory of philosophy nature of human nature
the amakvitaa’s philosophy of human nature states that every living beings irrespective of class or standard is bound to continuously struggle to solve problems and the more problem they solve, the tougher the problems that awaits them.
this theory explains why human beings always have wants and keep searching in between end and scarce means which have alternative uses, but that does not mean that they would give up search for others once they get one.
in general, don’t go extra miles searching for the easy way to end all your problems,always expect harder problems once you are done with one, never the less, that does not mean you should give up the quest for survival, but at least you have known the meaning of your being human.
always remember you read it first from amakvitaa.