A 22-year-old computer science undergraduate student of University of Port Harcourt identified as Kenneth Gift was arrested alongside Dandy Spice, his girlfriend, and Dorah Aninah, his mother, in Agbor, Delta state by the Economic and Financial Crimes Commission (EFCC) for internet fraud.

The commission spoke person Dele Oyewale said they were arrested following a petition received from the US Federal Bureau of Investigation (FBI). 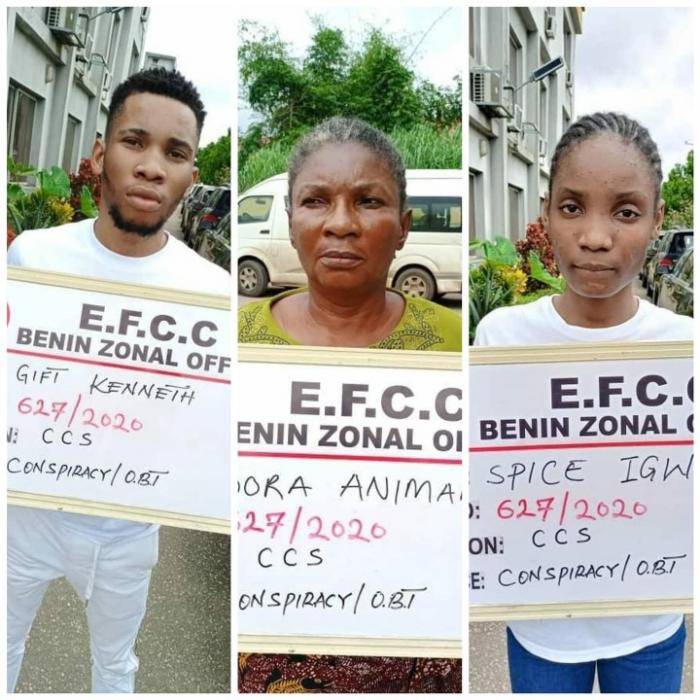