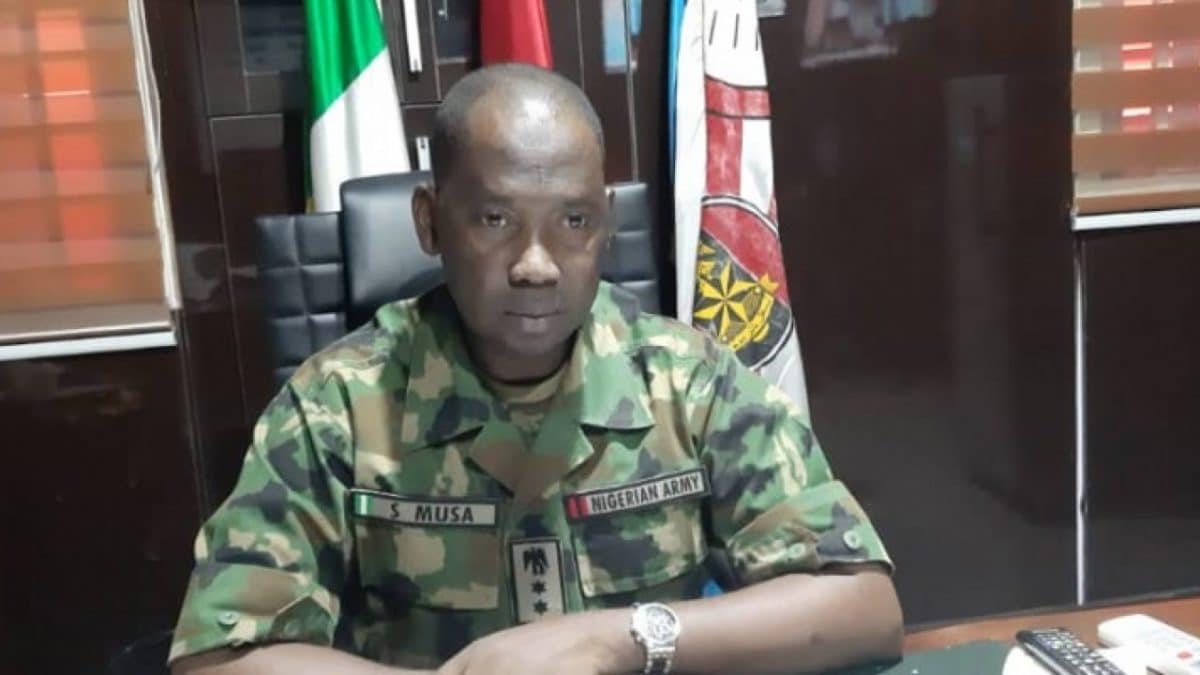 The Nigerian Army has announced that a soldier killed a colleague officer on Wednesday.

A statement he signed disclosed that the trooper serves in 202 Battalion of 21 Special Armoured Brigade Bama, Borno State.

Musa said he went berserk at about 10:30 am against an officer (a Subaltern) which led to the latter’s death.

The soldier approached the officer who was standing in front of the Unit’s Headquarters making a phone call.

“The soldier has been arrested, is in custody undergoing investigation. General situation in the unit is calm”, it read.

The remains of the deceased officer has been evacuated to 7 Division Medical Services and Hospital.

Musa said investigation into the case has since been instituted to determine the circumstances that led to the unfortunate incident.

He added that the family of the deceased have been contacted.