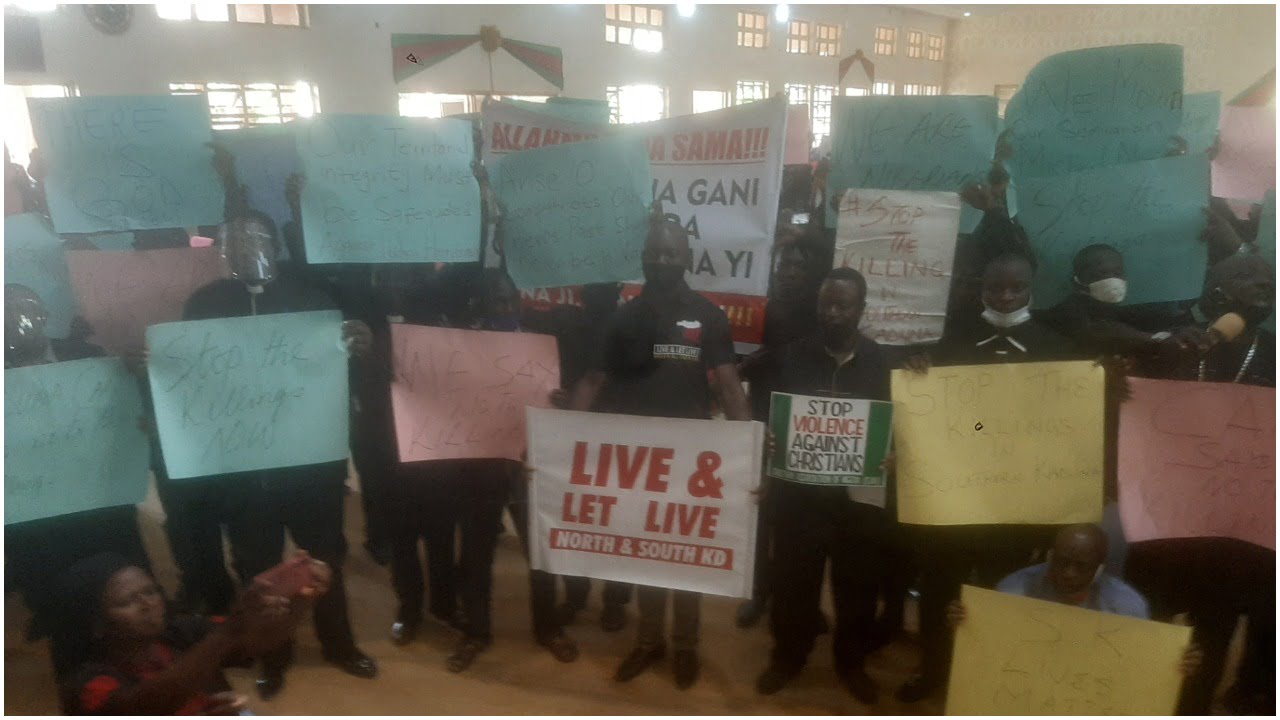 The Christian Association of Nigeria, CAN, Kaduna State chapter, has employed President Muhammadu Buhari-led government and Governor Nasir El-Rufai to go by the oaths they took before God and man to carry everybody along while discharging their constitutional responsibilities to Nigerians.

Rev. John Joseph Hayab, the state chairman of CAN while addressing the members in a prayer session organised on Sunday in Kaduna by CAN to pray for the restoration of peace in Southern Kaduna following the incessant killings in the area said the government of the day appears to by speaking for the killers.

He said, “Until the government that was democratically elected by all irrespective of any bias begin to see everybody as their own, peace may elude us because the killers seemed to be favoured while those being killed are left like sheep without a Shepherd.”

He added, “Those in authority are manipulating our teaching that said when one is stabbed on one chick, he or she should turn the other. They have slabbed all our chicks and l think enough is enough. Our leaders should stop abusing the Christian teaching, they stop using it to cause havoc.”

Rev. Hayab noted that the Police and State Security Service, SSS, have been used by governor Nasir El-Rufai to make arrest in Port Harcourt, Sokoto and other places of individuals that the governor alleged had made provocative statements but failed to mobilise same to apprehend the killers in Southern Kaduna.

He wandered how the killers were able to penetrate and cause havoc to the lives of innocent citizens that are under 24-hour curfew and could not be apprehended by the security sent to ensure the 24-hour curfew was strictly adhered to.

“How on earth can somebody justify the rationale behind the killings of the people of Kajuru during the COVID-19 lockdown, the recent killings of the people in Zangon Kataf, Jema’a and other local government areas in Southern Kaduna with 24-hour curfew imposed on them, yet the killers had a field day killing people at will without any of the killers being arrested by the security agencies,” he lamented.

The CAN state chairman said the Church would continue to gather ever Sunday to cry unto God for his divine intervention against the killings of the people of Southern Kaduna, stressing, “We will continue to cry unto God, we will not keep quiet until we see result from our creator.”