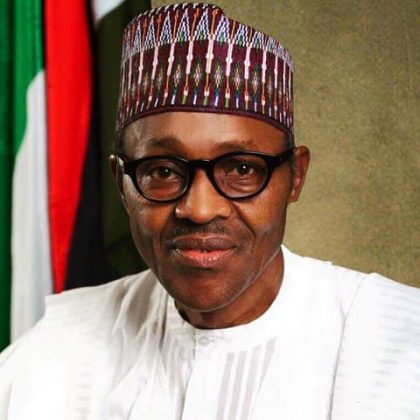 Ahead of 2023 Presidential election, stakeholders in the country are divided on which region should produce the president along growing calls for merit based selection process.

With President Muhammadu Buhari’s second tenure expiring in 2023, stakeholders have begun clamouring for the presidency along regional lines with south west and south east in the fore front of the agitation.

Governor of Kaduna State, Nasir El-Rufai early morning yesterday said the south should produce the president when Buhari vacates in 2023.

El-Rufai told the BBC Hausa Service on Saturday that he doesn’t support a taking over Buhari, based on Nigeria’s political arrangement.

He stressed that although the power shift arrangement among the various regions of the country is unconstitutional, it is, however, a political design that must be respected.

“I believe that (there is) no developed country across the world considers leadership based on where someone comes from. However, in Nigerian politics, there is an arrangement that we all believe in rotational leadership. We are aware of that, anyone who denies it is wrong,” the governor said.

El-Rufai said although he supports power rotation at the national level: “In Kaduna, I don’t work with people because they came from a particular zone, rather, I work with you based on your capacity to deliver on a task given to you and your ability to keep public trust.”

The governor also debunked the speculation that he is aspiring for the presidency, saying it has been there since he was a minister of the FCT. “It is a baseless speculation. I don’t want to be president; only God decides someone’s future whether you like it or not, I have never shown interest for the presidency,” he said.

Also speaking, a Yoruba sociopolitical group, Afenifere said the Southwest geo-political zone has all it takes to produce the next president come 2023.

The state publicity secretary of the group, Chief Biodun Akin-Fasae told LEADERSHIP Sunday that the zone parades best hands with requisite experience to turn around the fortunes of the country. “It is easily predictable and established that the zone parades political characters who even prefer people from other zones to their own.

“Ordinarily, it could have been needless to engage in any argumentation on which zone of the country should produce the next president. But since some people seem to be playing political kite with the idea, we should tell them without any pretense that the president should come and will come from the South and specifically, from the South West.

“Afenifere Ilosiwaju Yoruba has no pretention  about the decision to promote the candidate from the zone since all criteria can be met. It is outrageous for anyone to suggest otherwise”.

In Jos the Plateau State capital, the President of Middle Belt Forum (NBF) Dr. Bistrus Pogu said although it is not a constitutional matter there was unwritten agreement that presidency should be rotated among the geopolitical zones of the country.

According to him, in 1999, because of the annulment of June 12th presidential election which was believed to have been won by MKO Abiola, the south west were allowed to take a shot at the presidency and President Olusegun Obasanjo ruled the country for eight years.

He said after Obasanjo, it was Umaru Musa Yar’adua from the north, but could not complete his tenure as a result of his demise, president Goodluck Jonathan comes on board from the South/South before the current dispensation of President Buhari also from the north.

Pogu argued that  “the South East should  take the presidency this time around,” he said .

He advised that Nigerians  should be rational and objective as far to save the country from unnecessary tension, adding that the middle belt forum wants a united and indivisible Nigeria where every part of the country will be carried along in the scheme of things .

Meanwhile, the President  of Ndigbo community Cross River State branch, Barr Ugorji Nwabueze, said he was shocked by doubt expressed on Igbo’s preparedness to take over the leadership of Nigeria.

“There is a legal maxim which says red IPSA loquitur” Meaning things speaks for itself. The thing speaks for itself in the sense that it is the turn of the Ndigbo to produce next president. To me, asking for it makes the Igbo man to look beggarly. It has become uneccessary being beggarly in the question.

“From 1960 when the country had its independence till now, apart from when Dr. Nnamdi Azikiwe managed the country as ceremonial head, Igbo’s had waited patiently for this time,” Nwabueze said.

To the national chairman of SOS Mandate, Dr. Saka Ibraheem Ominiwe zoning of presidency in 2023 are in two perspectives –  nationalism and politics.

He told LEADERSHIP Sunday that Nigerians especially the politicians were not serious, adding that the 2023 general elections were still far for people to start agitating over which region would produce the next president.

He said Nigerians should support the present government of Buhari towards making life meaningful for the people and fulfill all its electoral promises.

“What should be the priority is the leadership with the qualities such as patriotism, honesty, integrity, vision and the fear of God to govern the nation, irrespective of where he comes from should be given priority over zoning arrangement. For instance, if the presidency is zoned to a certain region and the calibre of leaders from that region do not possess the kind of qualities stated above, then what are saying?

“Are we saying because of the zoning formula, we should allow such a person to assume the leadership of the country without having the requisite qualities?

The national president, Yoruba Youth Socio-cultural Association (YYSA), Comrade Olalekan Hammed said it is the turn of the South to produce Buhari’s successor.

According to him, “we have to consider both the competency of the candidate and the zoning arrangement to ensure justice, fairness and good governance.”

He noted that northern Nigeria has benefited a lot from the zoning, saying that “if it hadn’t been based on competency, we would not have had a northern president from 2015 till date but that was possible by giving adequate respect for zoning.

“Unarguably, the next president would be from the South. And we should not forget that former President Goodluck Jonathan from eastern part has served the nation using their slot. Although, all the three regions that constituted Southern Nigeria qualify to nominate candidates. But, since zoning is not only the prerequisite to be used, the APC has to honour not only those who have all what it takes to be president but someone who  also, in addition had contributed mostly, enormously to the formation and successes of the party from 2014 till now.

However, the Pan Niger Delta Forum (PANDEF) said it is yet to take a position on which region it will support to produce the next President of Nigeria come 2023.

PANDEF’s national publicity secretary, Ken Robinson, told LEADERSHIP Sunday in Port Harcourt, that the leadership of the group will soon meet to take a decision on that.

“From our discussions, PANDEF has not reached a conclusion but very soon, we will meet to discuss in that. You know we are working with Afenifere and Ohaneze Ndigbo.

“These groups are in Kaduna already, we are visiting the people of Southern Kaduna where militia herdsmen had been destroying properties and lives. Very soon, I am sure that the leadership of the group will meet and we will take a position on that,” Robinson said.

Emphasizing that the time has come for a Nigerian president of Igbo extraction come 2023, the National President of Ohaneze Youth Council (OYC), Comrade Igboayaka Igboayaka said the Law of Equity, Justice and Fair Play demands that all regions in the country should be allowed to occupy the position of the Presidency through rotational basis.

Igboayaka stressed that Igbo’s are lamenting that they are being marginalized in the country due to the fact that positions of authority are not equitably shared among the regions as a particular group occupies most of the sensitive positions in the country.

He submitted that if a president of Igbo extraction is not allowed to emerge, it would not augur well for socio-economic development and harmonious relationship.

He called on other geo-political zones to support the quest for equity, justice and fair play to prevail by allowing an Igbo man to occupy the Presidential seat of the nation.

National publicity secretary of Afenifere, Yinka Odumakin told LEADERSHIP Sunday, that after power must have shifted to the southern part of the country, the debate on competence would follow.

Odumakin who said that the group believes that all sections have competent people, noted that doing away with zoning without going back to federalism will not work.

“Power should come to the south. We believe all sections have competent people. Unless we restructure you can’t stop the rotation of power,” Odumakin further argued

On South East producing the next president, he insisted that it should be debated among the South and reach an agreement on it. “The matter should not be taken as automatic, but through negotiation. This issue we have debated at Afenifere meeting and Southern leaders meeting, that is why we insist that Nigeria should be restructured before the next general elections. If the nation is restructured, it would have addressed all these issues.”

The Arewa Consultative Forum (ACF), there is no need  for it to get involved in the debate of who  becomes succeeds Buhari.

According to the forum’s Secretary General Alhaji Murtala Aliyu, ACF’s current concerns are the insecurity in the region coupled with economic underdevelopment and unengaged youth.

“Our attention is directed more towards education and empowerment of the population. While the ACF believes in equity, justice and fair play, it does not get involved in partisan issues because all political parties are supposed to have their membership across the country which include northerners. Any issue therefore that are the exclusive preserve of political parties will be avoided by the ACF.

“It is the parties that will select who should run for which offices based on their best judgment and the desire to appeal to all interests and woo support from all sections of the country that should guide their choices. 2023 should not be different. Where ACF comes in, is when all the candidates are presented.

“Then ACF will analyze and possibly engage the various candidates and may be, enlighten its members on who will best serve the interest of the region,” he stressed.

Meanwhile, a chieftain of the ACF, Alhaji Abubakar Sadiq has advised all sections to thread with caution as the agitation was capable of creating greater unimaginable consequences.