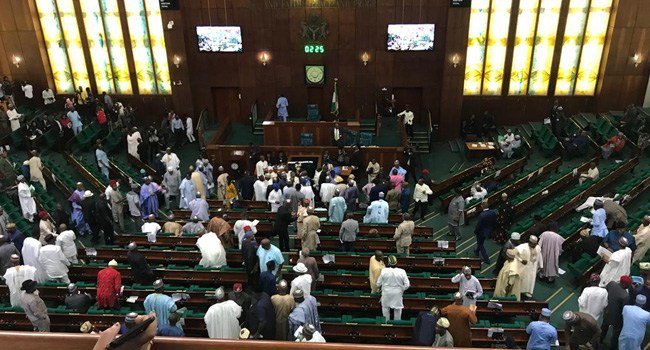 Senior lawyers, socio-political organisations and civil rights groups on Thursday described as unconstitutional, attempts by the House of Representatives to adopt the public hearing it conducted in the eighth assembly for the controversial Water Resources Bill.

The legal practitioners and groups such as the apex Igbo socio-cultural organisation, Ohanaeze Ndigbo, the Yoruba socio-political group, Afenifere, and the Middle Belt Forum, in separate interviews with The PUNCH, said the National Assembly should jettison the plan.

The bill was not only rejected by the public in 2018, but it was also not passed by the eighth National Assembly, whose members were divided over it. But on July 23, 2020, the current Chairman of the House of Representatives Committee on Rules and Business, Abubakar Fulata, reintroduced the bill.

Fuel marketers across the country adjusted their pump prices on Thursday to between N158 and N162 per litre of petrol, saying a further increase in global crude oil prices would push the pump price of petrol higher.

The Petroleum Products Marketing Company, a subsidiary of the Nigerian National Petroleum Corporation had, on Wednesday, increased the ex-depot price of Premium Motor Spirit (petrol) to N151.56 per litre from N138.62 per litre but later reduced it to N147.67.

A 22-year-old musician, Yahaya Shariff-Aminu, who was sentenced to death for blaspheming Prophet Mohammed, has filed a notice of appeal before a Kano State High Court, describing Sharia law as practised in the state as unconstitutional and undemocratic.

Shariff-Aminu was sentenced to death by an Upper Sharia Court on August 10, 2020, but was given 30 days to file an appeal.

In the notice of appeal marked CR/43/2020, and filed by his lawyer, Kola Alapinni, the convict sued the Attorney-General of the state and the governor. He based his appeal on the grounds that the Sharia law, which formed the basis of his conviction, was illegal and unconstitutional.

16 days to the Edo State governorship election, the National Campaign Council of the All Progressives Congress, has raised the alarm over an alleged plot by its Peoples Democratic Party counterpart to buy votes.

Specifically, the APC accused Governor Godwin Obaseki of obtaining approval from a faction of the State Assembly to borrow N1.5bn from commercial banks for this purpose.

The allegation was contained in a statement issued in Benin on Thursday and signed by the Chairman, Media Sub-Committee of the APC campaign council, John Mayaki.

A Labour Party aspirant for the Anambra State 2021 governorship election, Group Captain Nnamdi Nnoruka (retd.), has promised to pay workers in the state N50,000 as minimum wage if elected.

He also promised to conduct local government elections within nine months of assumption of office.

Speaking with newsmen in Onitsha on Thursday, Nnoruka condemned what he described as peanuts being paid to civil servants in the state as salary, saying such meagre sum would only encourage corruption in the system.

The Edo State Governor, Godwin Obaseki, has pledged that the governorship election scheduled for September 19 will be devoid of violence.

Obaseki who is the candidate of the Peoples Democratic Party appealed to party faithful and the people of the state to vote for the PDP to enable him to complete the good work he started in his first term.

He spoke at a re-election campaign rally in Urhonigbe wards 7 and 8, Orhionmwon Local Government Area of the state.

The National Coordinator of the Presidential Task Force on COVID-19, Dr Sani Aliyu, on Thursday, said the PTF had recommended the phased reopening of schools with the necessary mechanism for assessment and monitoring of compliance with non-pharmaceutical COVID-19 measures by every school.

The phased reopening of schools is part of the third phase of the eased lockdown, which was announced at the briefing.