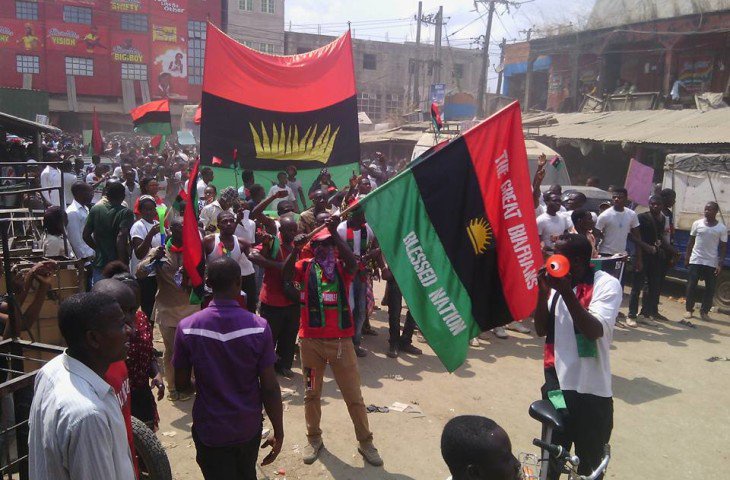 No fewer than two Hausa indigenes resident at Oyigbo in Oyigbo Local Government Area of Rivers State are feared dead when suspected members of Indigenous People of Biafra (IPOB) attacked their base in Oyigbo.

Eye witness account had it that suspected irate IPOB members had on Saturday and Sunday launched coordinated attacks on Hausa residents in  Oyigbo.

“The incident, which looks like a coordinated attack started on Saturday and extended to Sunday. Some youths suspected to be IPOB members invaded the area mostly inhabited by Hausa indigenes and attacked them with dangerous weapons. Two persons were said to have died in the attack while two other persons sustained serious injuries,” he said.

The Spokesman of the Northern community in Rivers State, Alhaji Musa Saidu, who confirmed the incident to our reporter, condemned the attack.

Alhaji Musa Saidu said that the deceased were allegedly attacked and killed by irate youths suspected to be members of Indigenous Peoples of Biafra (IPOB) at Oyigbo.

He said the problem started when the suspected IPOB members armed with dangerous weapons attacked a base in Oyigbo that has a high concentration of Hausa indigenes.

He said that the incident which happened on Saturday and Sunday had 2 Hausa residents who were petty traders killed while two persons sustained life-threatening injuries.

He said that he could not ascertain the reason behind the attack but pointed out that the attack might be an offshoot of previous threats issued to the Hausa community in Rivers State by suspected IPOB members.

He called on the police to step up action and arrest those behind the attack.

But a source from Rivers State Police Command told our reporter that the Commissioner of Police, Joseph Mukan has directed the deployment of police tactical command to restore normalcy in the affected area.

In the meantime, the Chairman of Oyigbo Local Government Area, Prince Gerald Oforji has condemned the attack and appealed to Hausa residents in Oyigbo to remain calm and not to take laws into their hands.