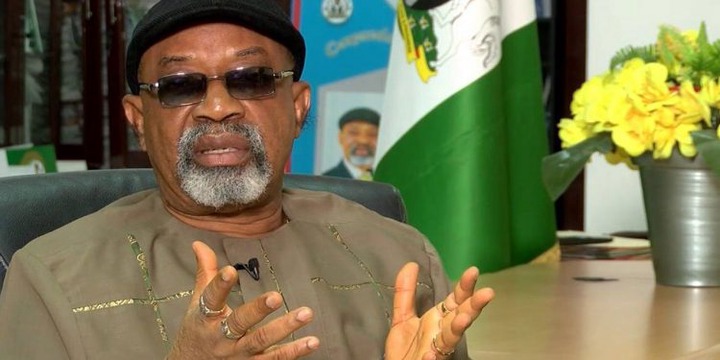 In a bid to resolve the lingering Academic Staff Union of Universities (ASUU) strike, the Federal Government has decided to subject the union’s alternative salary payment platform, the University Transparency and Accountability Solution (UTAS), to integrity test.

Minister of Labour and Employment, Chris Ngige, who disclosed this yesterday said government would in the weeks ahead invite ASUU to come and demonstrate UTAS, which the union claimed was its alternative to the Integrated Payroll and Personnel Information System (IPPIS) put in place by government for all federal institutions.

Ngige who said ASUU was about the only union still having misgivings IPPIS, assured that government was doing everything possible to ensure the matter was resolved so that students would not be stranded when universities resume.

He confirmed that ASUU has written him on its development of UTAS, adding that platform would be subjected to integrity test by the Ministry of Finance and the Accountant General’s office where IPSS is domicile.

“Is only ASUU that said they are on strike, that they went on strike before the COVID, they are not yet back from the COVID but in the next week or so we will deal with that because they have written me now to say that they have developed University Transparency and Accountability Solution (UTAS) which they said it is their own alternative to IPPIS.

“So, we will invite them so that they can demonstrate it to the Ministry of Finance and the Accountant General’s office where IPSS is housed and we will subject the things to integrity test.But subjecting them to integrity test will also take some time. So, inbetween the test and everything, we will agree on what we are going to be doing, because for now, most of them are already on IPPIS even though they complained about some shortcomings.”

The minister noted that many students were due for graduation but for the COVID-19 pandemic hence the need to ensure that nothing obstructs academic session when schools reopen.

“So, we are trying to arrange a meeting so that we can all meet and agree on modus oparandi, so that when universities reopen as we expect in the weeks to come, the teachers will go and teach their students.”

Recall also that The Nigerian Medical Association has volunteered to support varsities with COVID-19 safety protocols.
NGstudents being a student journalism blog will continue to provide students and parents with the necessary updates to keep them at pace with latest developments
Like our Facebook page now and follow us on Twitter in order not to miss out on any breaking news today.