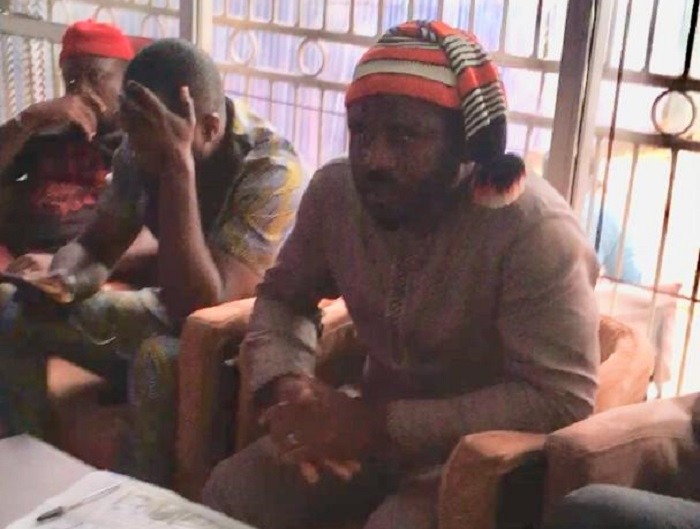 The Ohanaeze Ndigbo Youths, Enugu State, Friday, condemned the high rate of vandalism and killings in the ongoing youth protest against police brutality in some parts of the country.

Rising from a press briefing it hosted in conjunction with the state chapters of the Indigenous People of Biafra (IPOB), the Movement of the Actualization of the Sovereign State of Biafra, Igbo World Assembly, and the Wawa Youth Frontier, held in Enugu, the youths stated that the degeneration of the protest to its current level was an indication that it had been hijacked. They called on Nigerian youths at large to toe the line of peace, and avoid the destruction of national and individual assets in the name of the protest.

The leader of the Ohanaeze Ndigbo Youths in the state, Mazi Wenceslaus Ogbonnia, while identifying with the protest, condemned those who had resorted to the destruction of lives and property. According to him, “The protest has being hijacked by those who do not have the original interest of the protest at heart. We, the youths, cannot continue to destroy the scarce resources that took so much resources to build.”

While commending Governor Ifeanyi Ugwuanyi for setting up a judicial panel of inquiry to investigate the alleged excesses of the disbanded SARS, Mazi Ogbonnia further thanked the president-general of Ohanaeze Ndigbo Worldwide, Chief John Nnia Nwodo, and the Enugu State president of Ohanaeze Ndigbo, Chief Alex Ogbonnia, for being pro-youth, and called on the youths ‘to sheathe their swords, and embrace dialogue’.

The representative of the Igbo World Assembly, Chukwuebuka Ogbodo, added that, “We join the solidarity with the Ohanaeze Ndigbo youths in support of the EndSARS protest, but we won’t condone vandalization of property and the killing of innocent people under any guise.”

The representative of the IPOB, Enugu State chapter, Christian Okpala, and that of the MASSOB, Agu Emmanuel, enjoined all the youths, particularly those of the Southeast, ‘to desist from further destruction of our common patrimony’.

Also commenting, the youth coordinator, Awgu Local Government Youth Wing of Ohanaeze Ndigbo, Barr Goodnews Nwaigwe, stressed the need for the government to raise the bar of governance and bring an end to maladministration and anomalies in the land to enjoy the trust of the youths, whom he described as ‘a deprived group’.

The chairman, Wawa Youth Frontier, Barr Ikenna Odoh, called for a truce, while pleading with the youths to ‘give the government some time to implement the agenda of the protest as it has promised’. On her part, a youth activist, Nwada Ani Salome, emphasised the need for youths to ‘see the country as ours even as we protest to end police brutalities and bad governance’.