Relying to the recent actions and speech that was made by the APC political party leader Bola Tinuba is the Governor of Kaduna, Nasir El-Rufia.

In a statement made by Gov El-Rufia, he started that; 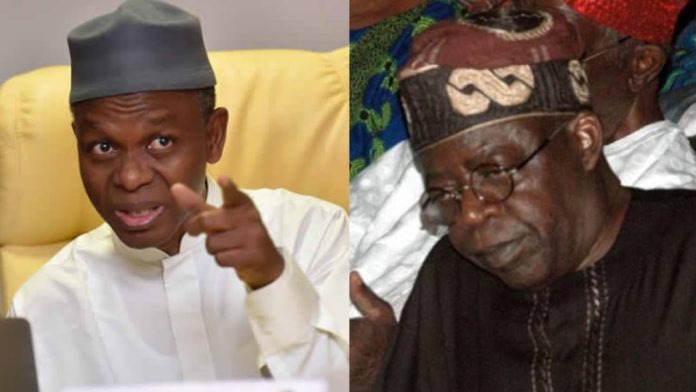 “Cowardice! You were no where to be found on Tuesday. You also disappeared on Wednesday. You hid yourself on Thursday. On Friday, you were still missing. Only to appear on Saturday when normalcy had returned to give incoherent responses and say I’m still Jagaban and Asiwaju of Lagos. Asiwaju indeed! You deserve a place in Nollywood”…. 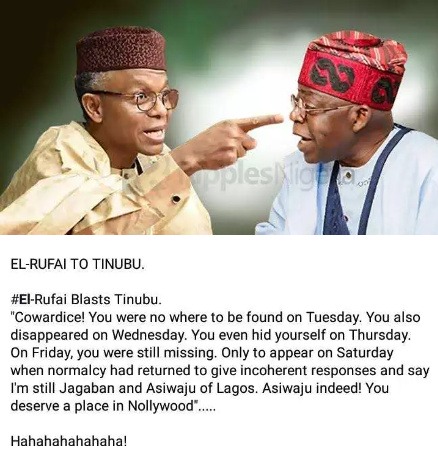 Following the statement, Governor El-Rufia seems not to be impressed by the actions and the speech that was made by the APC chairman Bola Tinubu in response to the #EndSARS protest.

Even though the Governor is still under his political party, he doesn’t seem to like the party leader actions one bit following the statement he made that “You deserve a place in Nollywood”. 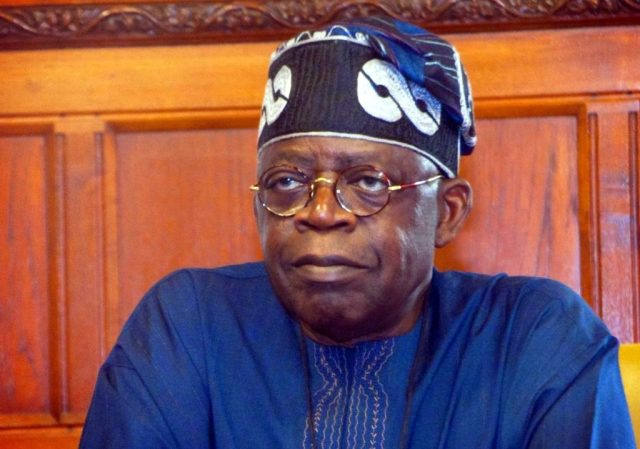 Does this mean that Bola Tinubu is a good Actor?