They abducted a staff member of the institution.

The spokesman said the incident occurred at Sardauna Crescent, Area BZ, within the main campus.

The assailants also seized the victim’s wife, daughter and ran into the bush.

But after a police chase and exchange of fire at Dasuwar Da’a village, a community near the university, gunmen freed them.

Umar disclosed that the Inspector-General of Police, Mohammed Adamu, and other security agencies have been informed.

He said the Vice-Chancellor, Prof Kabir Bala, has appealed for calm and advised everyone to be vigilant. 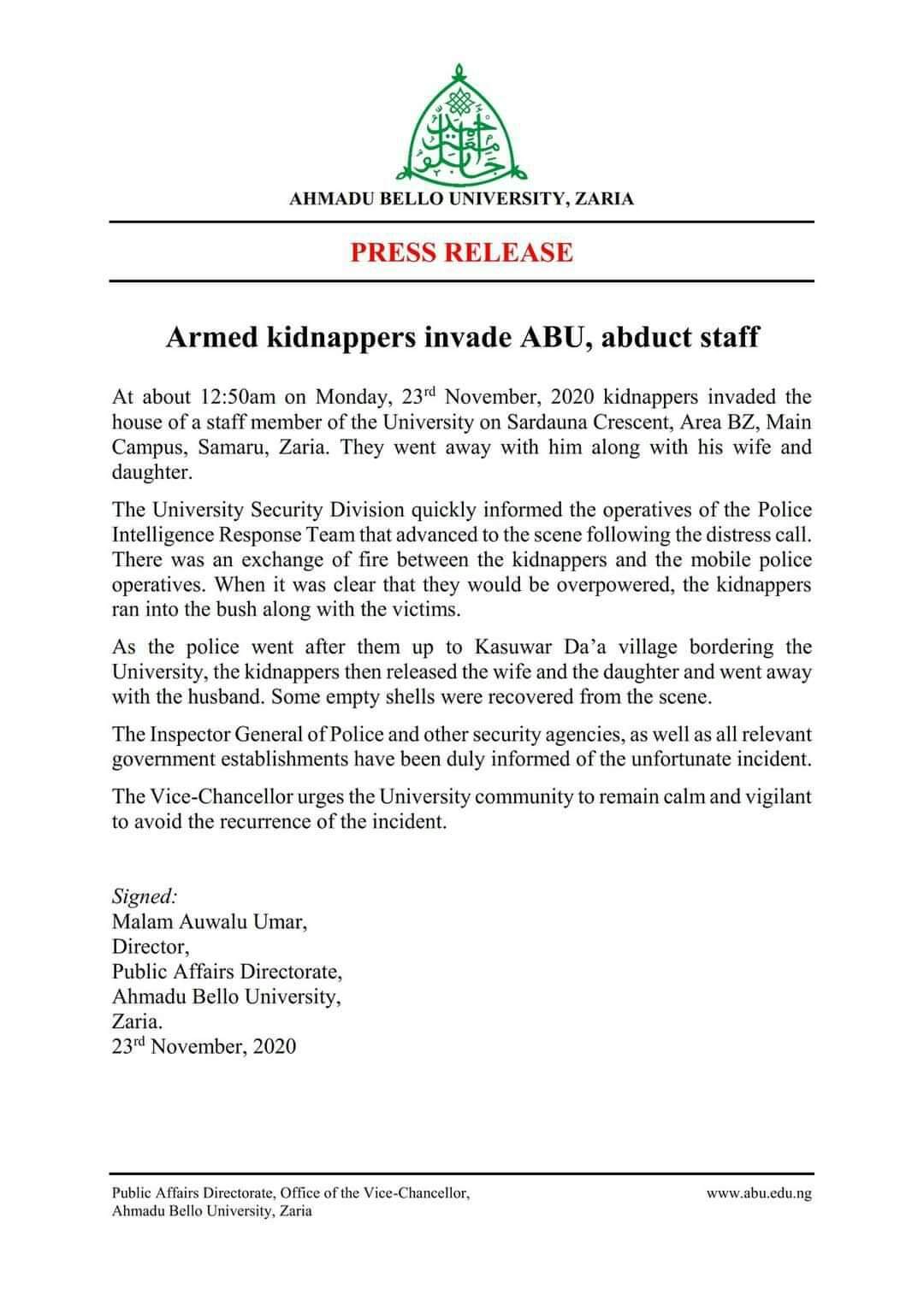